An Astrology of A Vision I

A Vision is grounded in the esoteric and occult traditions. For many literary scholars and readers of Yeats, it is their only acquaintance with this complex area of thought and publishing. For quite a few occultists it is their only brush with the work and life of W. B. Yeats, though most read a little further into his work and interests. 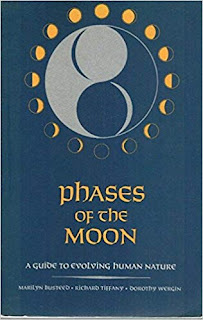 The problem for both groups is that A Vision is a highly atypical work — atypical of occult writing and atypical of Yeats — but quite characteristic enough of whatever is "the other side" to be weird and off-putting. Literary students who are out of sympathy with this aspect of Yeats's interests can generally get by with a limited understanding of the gyres and the cycles of history, drawn from digested summaries and extracts. Those with occult interests are quite likely to meet the material in digested form too, as a diluted form of lunar astrology and, if they broach the original work, to find that it does not really present the system they expected, at least not in a way that they are familiar with. It makes few connections with other occult traditions, and anyone who pays attention to what Yeats says will realize fairly early on that, for all its talk of sun and moon, there is no actual link with the movements of sun and moon in the heavens.

If we are looking at A Vision's affinities with other more traditional areas of occultism and possible applications of its system in other fields (astrology, tarot, Cabala, oracles, I Ching, etc.), the book itself offers few leads. The automatic script gives a few brief possibilities—an exchange about the Cabalistic Tree of Life on the wheel, mention of the Mansions of the Moon, a question about numerology, a possible reference to the tarot—but these do not lead much further. 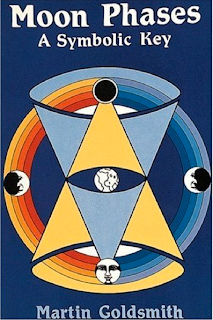 This should be surprising. The Yeatses had both been involved in the huge syncretic enterprise of the Golden Dawn / Stella Matutina with its emphasis on bringing all aspects of magical knowledge into a single system with elaborate schemes of correspondence, linking all fields particularly through the central symbol of the Tree of Life. Yet the Yeatses do not seem to have spent much time seeking associations between the system that was emerging from their collaboration and the traditions they had studied. It is not as if such links didn't matter to them: Yeats went so far as to invent two elaborate contexts that his system derived from, one in Renaissance Europe and another in the Caliphate of Baghdad. And the revised edition of A Vision opens the book proper ("Book I: The Great Wheel") with appeals to more than twenty different names within the space of three pages.

Some of those who study A Vision become convinced that there must be lost or destroyed material, and it is certainly possible that some schemes have disappeared. What the automatic script also makes very evident is that the Yeatses talked about many aspects of their system between themselves, and it is possible that some things were so evident to them that they did not bother setting them down. There are enough tantalizing comments and references to indicate that they had a far broader range of applications than appears in the published book, or in their papers — planetary, talismanic, and ritual references, comments on scents, tarot, horary charts of the heavens. It is also clear that they treated astrology in particular as a parallel system—there were numerous points of intersection but this did not mean that they sought to make their system into a form of astrology. 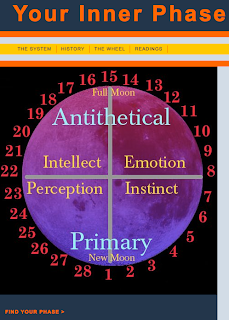 Yet Yeats himself notes that his instructors:


insist that a man of, let us say, the seventh cycle married to a woman of, let us say, the sixth cycle will have a certain type of child, that this type is further modiﬁed by the phases and by the child's position in time and place at birth, a position which is itself but an expression of the interaction of cycles and phases. Will some mathematician some day question and understand, as I  cannot, and conﬁrm all, or have I also dealt in myth? (AVB 213)

This "position in time and place at birth" is of course expressed in the birth chart, implying that Yeats (or his instructors) foresaw a more complete system where everything was integrated. The mathematician, then, might be the one who would discover the patterns underlying the apparent whimsy in the Yeatses assigning people to their phases. So Yeats himself definitely foresaw that there should be some way of creating a more complete picture, but he could not do it.

Indeed, the Yeatses saw the position of the planets and heavens at birth—the horoscope—as providing the character or temperament of the person, while the symbolic "phase of the moon" was a more fundamental bias of purpose or what the soul was seeking in a particular lifetime. They even drew distinctions between the horoscope of conception and of birth, devised a way of aligning an individual birthchart with the phase of the moon, and set up a more permanent alignment for examining mundane astrology. They went to significant lengths to try to find astrological patterns behind the Moments of Crisis, part of the system that they decided was too personal and too imperfectly understood to include in A Vision. (Colin McDowell examined some aspects of these in his essay "Shifting Sands" in Yeats's "A Vision": Explications and Contexts and I shall be looking at them further later on.) But the fact that they don't seem to have expended much energy on finding an astrological way of assigning the phases probably indicates that they saw it as a non-starter.

However, there are at least five books that have applied the descriptions to the moon phase at birth and based an exploration on these correspondences. The debate between the various books has been on how exactly to calculate the divisions between the phases, but none has seriously questioned the premise of using the moon's phase at birth. 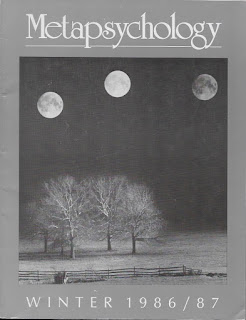 I'll examine these in the next posts on astrology, but I want to deal here with the implicit attitude of dismissal towards, or decision to ignore, the Yeatses' astrological abilities in order to explain why they ignored such an obvious application of the system. To suggest that this couple would not have twigged fairly quickly if a person's Phase in the system could be ascertained by a glance at their birth chart shows ignorance of the Yeatses or unwillingness to drop a pet idea.

Up until twenty, even ten years ago, the mathematics involved in drawing up a birth chart was astrology's first hurdle. The arithmetic was rather convoluted, usually involving logarithms, sexagesimal calculations, and benefited from having sense of which operations were appropriate. From what we can see in his papers, Yeats seems to have had problems with all of these. Yet he did do them, and in the end the astrology is often quite forgiving of minor inaccuracies.

George meanwhile went far further, assembling a broad collection of astrological material and charts, and drawing up spreadsheets of data on planetary positions for various professions and skills, relying no doubt on Alan Leo's 1001 Notable Nativities, which included a large selection of data for precisely this kind of study. GY's plotting of the planets by zodiac sign may seem rather simplistic to more modern researchers, but she was persevering and skilled in her approach, and it is the type of research seen in Charles Carter's Encyclopaedia of Psychological Astrology. 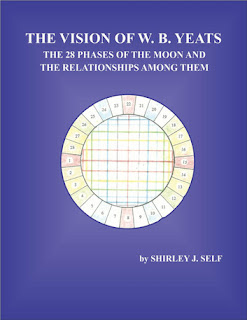 Yeats may not have been a great mathematician, but his comments do indicate that, if there is a way of connecting the system of A Vision with traditional astrology, it is not going to be an obvious one. And even if neither of the Yeatses had had the wherewithal to do some basic checking or analysis, they had a friend, Frank Pearce Sturm, who searched through some three hundred charts to see how they related to the Yeatses' phases (again no doubt resorting to 1001 Notable Nativities). Sturm wrote to Yeats in disappointment and confusion because the phases he calculated didn't match the ones that he'd seen Yeats use, and he was told that the "phases of the Moon in the symbolism I told you of have nothing to do with the horoscope, but with the incarnations only" (April 1921; FPS 80). Sturm obviously would not let the matter drop entirely, since Yeats was still writing five years later: "You will get all mixed up if you think of my symbolism as astrological or even astronomical in any literal way. . . . [Sun] is a symbol of one state of being, [Moon] of another, that is all" (January 1926; FPS 88).

These books all speak to a desire to find a way to allot phases to people not included in the Yeatses' select group—A Vision gives no mechanism beyond intuition. Those with a psychological bias might prefer a form of questionnaire or analysis, such as those used to type people in various pseudo-scientific systems such as Myers-Briggs or Enneagram, or the slightly more respectable Big Five or Hexaco. People with a bent for astrology are liable to choose something related to the heavens and take the "lunar metaphor" as an actual fact.

However, these books are the introduction to A Vision for a significant number of readers, and the authors have invested more time and effort in understanding the system than almost any other readers, so I aim to look at them seriously, as a group and individually, in a series of posts over the next months.

Astrology of A Vision II

Astrology of A Vision III

Astrology of A Vision IV

Astrology of A Vision V

Thank yoou for writing this