When we were thinking about a cover image for the book of essays Yeats's "A Vision": Explications and Contexts, the editors were casting around for a suitable picture that would not incur too much copyright payment. Though the obvious image would be Dulac's illustration of the Great Wheel, it has been used quite a few times already and probably appeals more to the symbolically minded—one of the editors found that type of image off-putting, though I recognize that I myself am a sucker for a mandala! However, there is separate problem here, that Dulac's estate, handled through a publishing company, has been slow to process requests for other writers, and of course we had left the matter slightly late... There is also the Charles Ricketts (1866-1931) plate of hawk, unicorn, fountain and moon that was used for the pastedown on the inside boards of Macmillan editions during the 1920s. 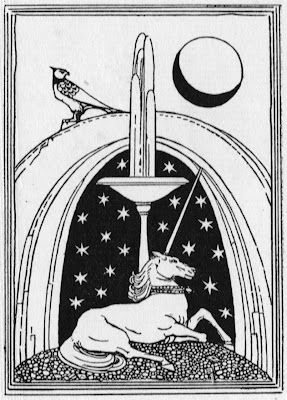 In part this appeals to my sense of the importance to Yeats of the unicorn for the symbolism of A Vision—as I noted in an earlier post, he had originally placed a unicorn at the centre of the Great Wheel.

Publishers regard the most commercial option as a portrait of W. B. Yeats himself, as a more instant form of "branding" and this has plenty of virtues, though we would have wanted a picture of both George and W. B. at the very least. In the end, there were not so many of these that appealed, and we started looking at the work of other artists who had worked with Yeats.

One was W. T. Horton (1864-1919), whose work is out of copyright, in particular his Book of Images, for which Yeats wrote the introduction, and The Way of the Soul, which echoes the fictional title of Kusta ben Luka's work, The Way of the Soul between the Sun and the Moon. A few seemed quite possible, though a little stretched perhaps. 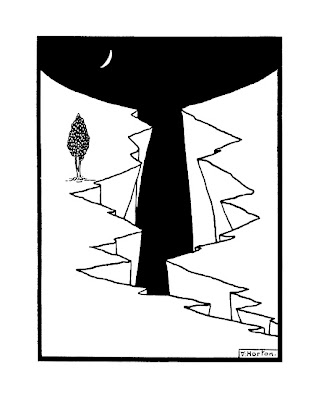 The moon presiding over a split landscape—primary and antithetical?—seemed possible, as did the rocky path to the moon, both from The Way of the Soul, but I also have a certain reluctance to emphasize the moon's place in the system more than it already is. It is such a potent symbol that it slightly overwhelms the concepts it represents, as much for Yeats as for us readers. 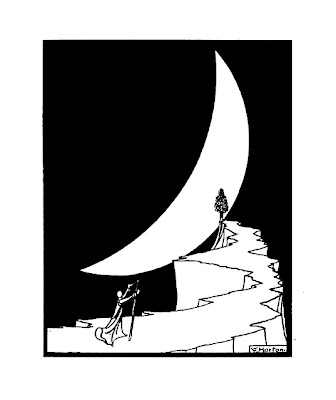 Images with sun-moon imagery are visually very appealing, but they also tend to run the risk of feminizing the moon—something that Yeats certainly does in his poetry, but actually goes against to some degree in the system. (Though the Graeco-Roman imagery that dominates Western understanding makes sun masculine and moon feminine, and tends to be viewed as "natural," Germanic, Middle-Eastern, Japanese and other mythologies have a male moon and female sun, and in A Vision the antithetical lunar Tincture, is the one associated more with the masculine.)
(I realize that I am taking advantage of a kind of apophasis—including all these images by saying that I couldn't include them...). We considered other artists who had collaborated with Yeats or been associated with him such as Althea Gyles (1868-1949) whose work features in the excellent section on Crafting the Book in the National Library of Ireland's online exhibition on Yeats (and there is also a Japanese gallery featuring her work). Here, there did not seem to be an eminently suitable image, and the situation with her estate was unclear.


This led to Thomas Sturge Moore (1870-1944) who created book covers, book plates and other designs for the Yeatses. His work is in copyright, but with clear family holders, and we hoped that it would not be too expensive. In this case, we ended up favouring the plate created for George Yeats, which is directly inspired by elements associated with A Vision as well as a range of other Golden Dawn associations. In many ways the slightly mandala-ish rose on the cover of Per Amica Silentia Lunae might have been the most appropriate, but it has been used by the Yeats Annual, so might have led to some confusion. 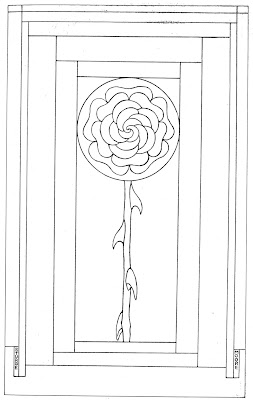 Both of the Yeatses' book plates are rather gnomic, and the big question is whether either of them would attract a browsing reader, or please a reader who had a copy of the book. Yeats's book plate is particularly cryptic, including heraldic elements (the goat's head and the gates=Yeats) as well as personal emblems such as the candle in the waves. 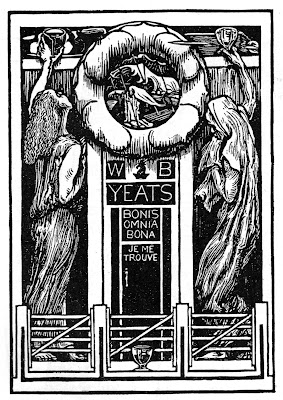 George's is more striking and memorable. Though it is not immediately connected with A Vision, it is relevant to anyone who is interested: I've already commented to some extent on the unicorn and I shall go into the symbolism more in the next post. 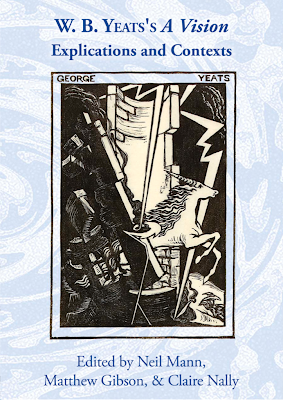 Sturge Moore's estate, two grand-daughters, was very generous in giving us permission to use the images for a small sum, and we are all very pleased with the outcome. That said, someone involved in publishing criticized it to me as confusing, for including the name of George Yeats on the cover, and as unlikely to attract any readers. I, for one, am delighted to have George's name on the cover, albeit in an odd way, and do not really think that this is the type of book someone is going to stumble upon--if you come upon it, you are probably looking for it or at least have an interest in A Vision and the Yeatses. But I may be wrong, or at least thinking rather uncommercially: I'd love to hear any comments one way or the other, for future reference, and of course I'd be delighted to hear any further suggestions that anyone might have, either for a later edition of this book, or more likely for the next one on A Vision.