I'm not sure how much it matters or should matter to what extent the symbolism of A Vision describes a recognizable reality. If it were totally alien to what we experience, could it still have any validity? Does its claim to be "An Explanation of Life" require testing?

Much of the fascination of A Vision as with any symbolic system lies in the internal coherence, but without some reference to externals it would quickly lose our interest. A Vision's system does of course itself refer outwards to the lives of the men and women who people the incarnations represented by the phases of the moon, and to the great gyres that it claims to discern in the sweep of history.

In doing so Yeats does not make matters too difficult for himself, since he is free to assign people as he wishes to the phases (there is no external mechanism allocating them to a particular phase, as in astrology), and his interpretation of history is sketchy enough and broad enough to select only those few strands that actually fit the desired lineaments. Though his treatment of the historical gyres largely confines itself to Western European history, it is, as G. R. S. Mead noted, remarkable in omitting such major elements as the Reformation, the voyages of discovery and their consequences. Even so, the ideas raised and suggested are often provocative and can make the reader see certain matters anew.

The same is true of the forecasts that Yeats made (see YeatsVision.com), though he pruned the more detailed view of the future after the first publication, giving only the most general view of the coming years in A Vision B. One of those vague lines does, however, haunt me in a nagging way:


What discords will drive Europe to that artificial unity—only dry or drying sticks can be tied into a bundle—which is the decadence of every civilisation? (AVB 301–2)

To what extent was he looking forward to the European Union? and does it constitute as he saw it some "vast plaster Herculean image, final primary thought" (AVA 214) that he referred to in his more detailed view of the future in A Vision A? Surely in terms of his own theory, the civilization is far from decadent if we take the 2000-year measures that are the basis of his views. Yet, if the primary civilization that was enabled by Christianity and monotheistic religion in general started in 1000 C.E. and we find ourselves at the peak of the political primary, then has democracy reached its limits? 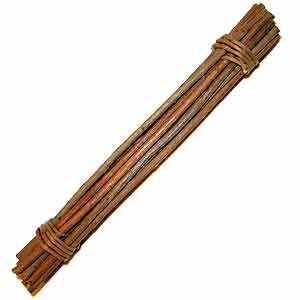 In some ways the image he uses is a false one—green sticks can be bound quite well into a bundle as long as they are straight enough and dry twigs resist being woven into a basket or any other unitary shape. However, at its heart probably lies the image of the bundle of sticks of the Roman fasces, a symbol of authority from ancient Rome that has had a wide range of uses in modern civic symbolism. 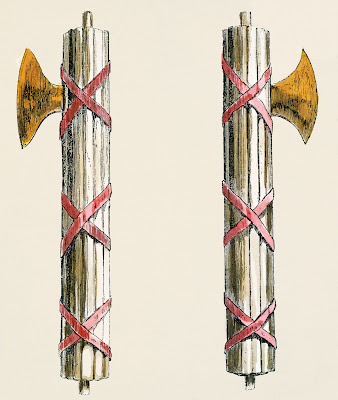 Most of us probably think first of Mussolini's adoption of the symbol and use of the term "fascism", and it is certain that Yeats would have had this image in mind. But the emblem appears in many places worldwide, including in many American insignia.  The chair where Abraham Lincoln sits in the National Mall's Lincoln Memorial has fasces at its front, as a symbol of the Union. 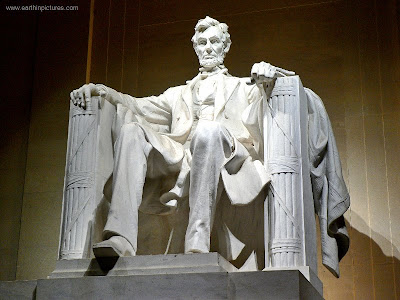 The final section of A Vision B is dated "1934–36", so when Yeats envisaged Europe in artificial unity in the Thirties, did he see some possibility of fascist union? of enforced union? of something like the Union of the United States? Whatever he imagined, he would no doubt recognize the European Union that does exist as a fulfilment of his thought.

Within A Vision "discords" are both the technical relationship between certain Faculties and the more general opposite to concord, the antithetical strain of the Tinctures. The word also carries its usual meaning of conflict and strife and, though it would be crass understatement to call the Second World War discord,  it is perhaps that paradox that is the greatest foresight in Yeats's formulation. The original core of the European Union, the six-member Coal and Steel Community of France, West Germany, Italy, Belgium, Netherlands and Luxembourg arose in part from a desire to make war and conflict impossible, hence the post-war discords give birth to unity.

Artificial? That may be the real crux. Yeats all too often seems to glorify war and conflict in his writing, viewing them as vital and vivifying:

Much of what I say is Heraclitus.  "Homer was wrong in saying 'Would that strife might perish from among gods and men'. He did not see that he was praying for the destruction of the universe; for if his prayer was heard all things would pass away". And again "War is the father of all; some he has made gods ans some men; some bound and some free".

In his antithetical fervour, it sometimes seems that he would view the bloody break-up of Yugoslavia with more satisfaction than the peaceful union of European countries. But to call such union artificial simply because it represents the primary trend seems unnecessarily partisan. Doomed in the long term, perhaps, but not artificial.

In the broader cycle, the current civilization with span of some two thousand years is only reaching its midpoint. But this is analogous to "classical civilization" from 1000 B.C.E. to 1000 C.E., within which many empires rose and fell and many movements flourished and withered from the rise of Mycenean culture to the fading of Byzantium — few living through it would  have seen it as a continuous whole. The historical cycles dealt with in "Dove or Swan" are rather shorter, lasting only a thousand years or so, and in this context therefore the civilization that arose around 1000 C.E. has already reached a maximum scope — the widening gyre of "The Second Coming" that has reached its point of collapse.


It is perhaps easy at the moment to say that European civilization is in decadence or is on the point of collapse — certainly quite a few people are doing it. Yeats was right to point out that there is no infinite progress, and our current world is more primary than in his day, more democratic, more interconnected, and often putting quantity of information before depth of thought. In many ways, Yeats's vague vision of the future has already been realized. Yeats himself evades the question of what follows next.


Something of what I have said it must be, the myth declares... what else it must be no man can say, for always at the critical moment the Thirteenth Cone, the sphere, the unique intervenes.

Somewhere in sands of the desert
A shape with lion body and the head of a man,
A gaze blank and pitiless as the sun,
Is moving its slow thighs, while all about it
Reel shadows of the indignant desert birds.
(AVB 263)

It may not be connected to reality, but it sure as hell feels as if it is. The symbols remain uncertain perhaps, but they speak to us and we discern the outlines of our world.
Posted by Neil Mann at 8:20 PM